Today is the official start of the Jasper County fair, but fair activity began back in June. Yesterday the 4-H dog judging took place in the show arena. The arena was divided into three areas. In the south part the dogs showed how obedient or not they were. Below you can see two members of the queen's court serving as props as the handler has her dog do figure eights. 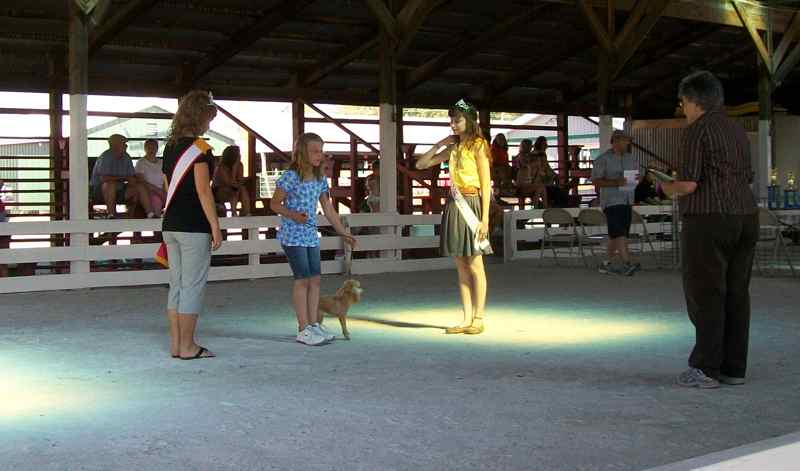 In the middle area the dogs had quiet contests. They were being tested to see if they could sit still. These dogs were in the beginner category. In more advanced categories the handlers are further away or out of sight. I did not stay long enough to see how they did. 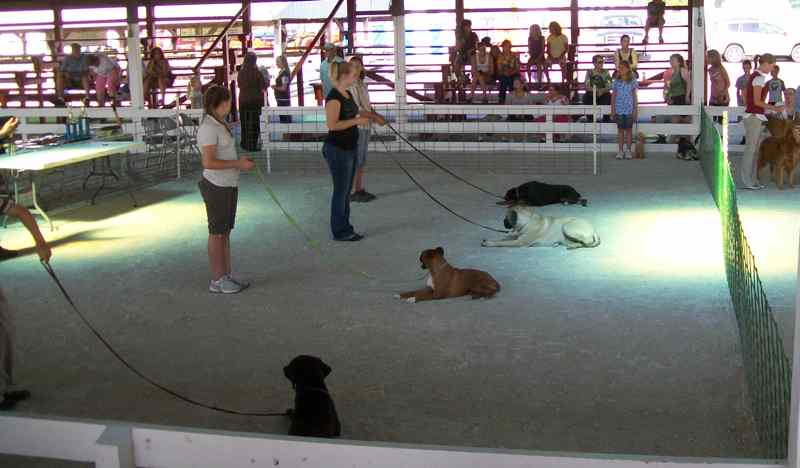 I was quite surprised at how well behaved the dogs were. They pretty much ignored the other dogs--there was no barking or jumping on one another.

I did hear a reason that the dog judging is done on Friday and not during the official run of the fair. The presence of the dogs can agitate the cows, pigs, goats, and sheep that will arrive on Saturday, so the dog show is done before they arrive.

The north area was for dog showing. This is the sort of thing that happens in dog shows and I know almost nothing about dog shows. 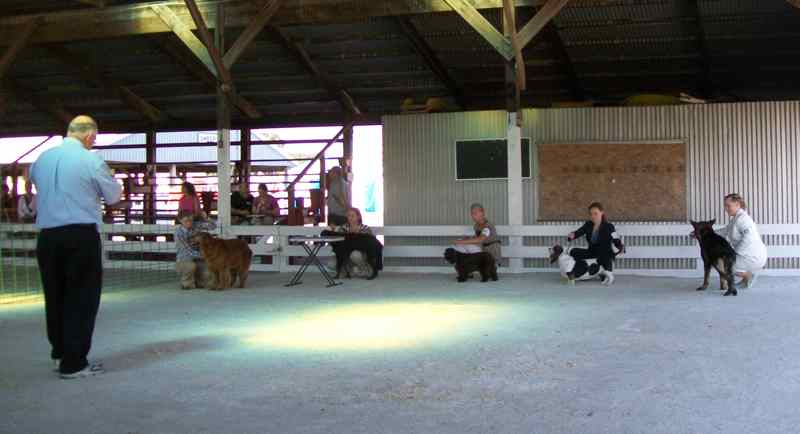 On Friday morning many of the food booths were in place. The trailers and campers were filling the campgrounds at the fair--I wonder what the population of the fairgrounds is for the week of the fair; it is certainly in the hundreds. The Rosebud school had its new roof, which will be unnoticed by most people unless they do not remove the dumpster that is behind the building. The SWCD building that still needed a lot of work a few days ago had a completed roof, but the interior will remain unfinished this year. The whole building will expand in the future--this is a multi-year project. A new public restroom facility will be built between it and the building to its south, and then the old (historic?) public restroom to its north can be demolished. (Yes, it is old and some people may consider it disgusting, but its oldness appeals to me.) 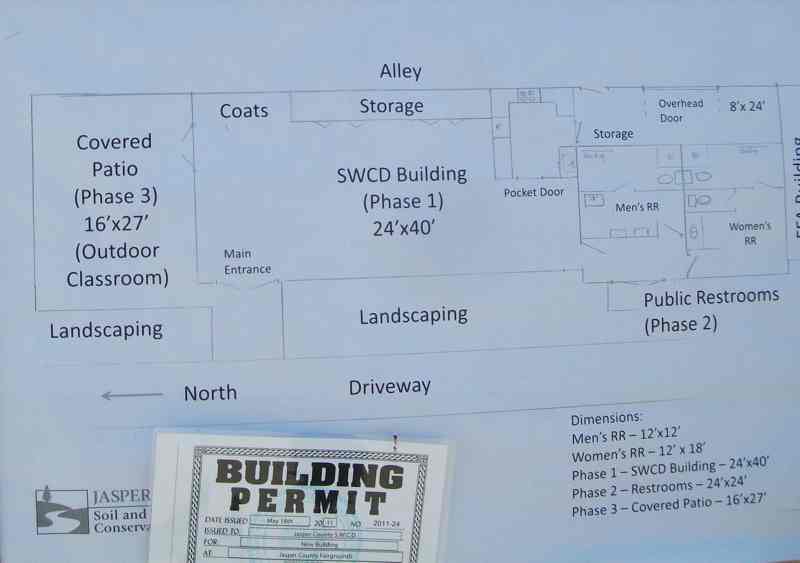 Last year's plans looked a lot different. I wonder how this will change in the coming years.

Enjoy your visit to the fair!