On Monday I got a chance to peek inside of the former Long's Gift building, which soon will be the home of a flea market called Endless Treasures. Opening is scheduled for July 1. 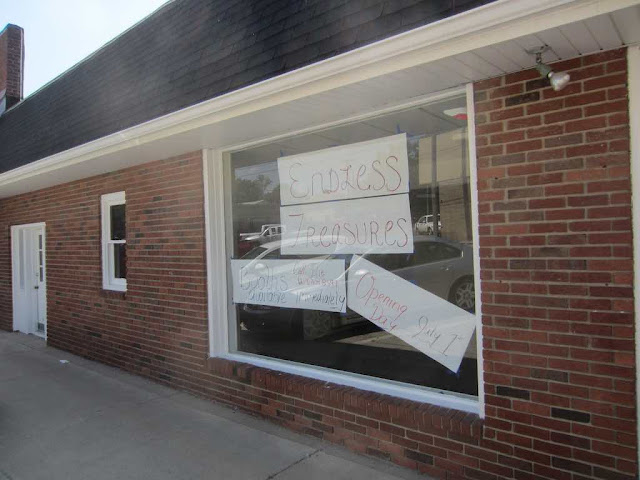 Right now there is not much inside and I expect much of the moving of merchandise will happen just before opening. The large room at the back of the building (nearest the alley) has tape on the floor marking where the booths will be. A booth in the back of the room is a wall booth and has an assortment of pictures--the only booth that currently has stuff in it. 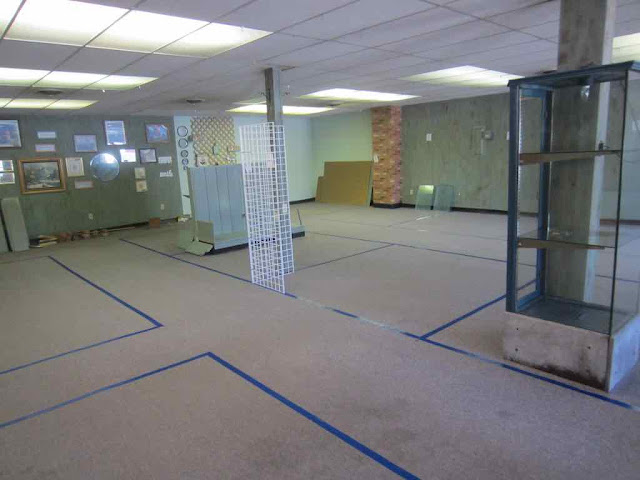 The layout that Longs had remains--a corridor snakes around to a series of other rooms. I cannot think of anything that makes more sense for the space than a flea market. There will be numerous cameras monitoring people in the back (or front) rooms. Below you see a hallway leading out of the main room. It will be painted black and the booths here will have things like tools. 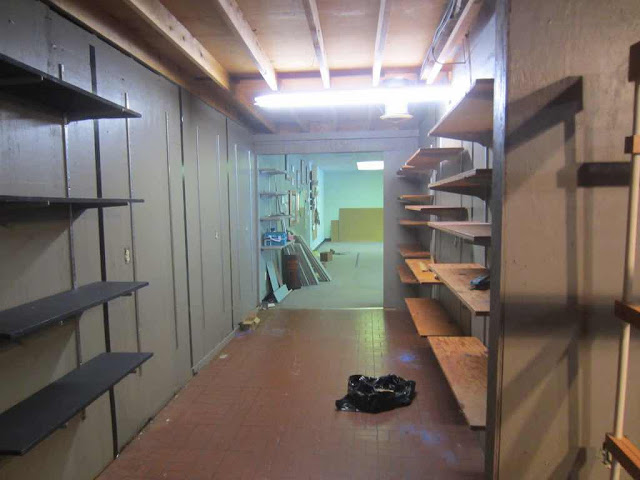 A wall of one of the little rooms is being removed and the area is currently a mess. There is a lot of work that has to be done in the next three weeks. 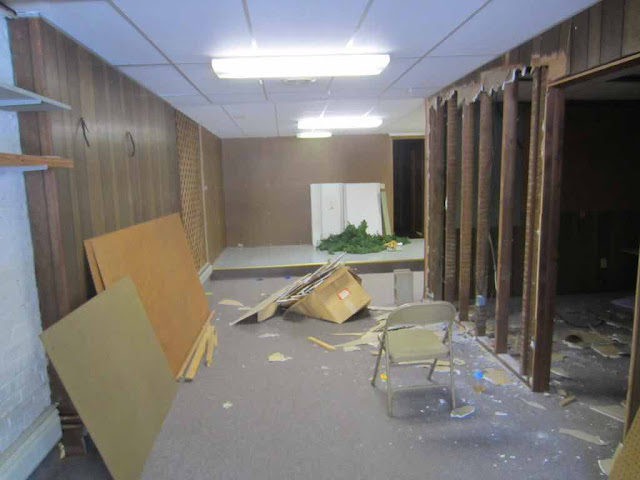 The name, Endless Treasures, was picked because of the layout of the space--you keep going on and on and you never know what treasures you will find around the next bend. You do, however, finally reach the end shown below. 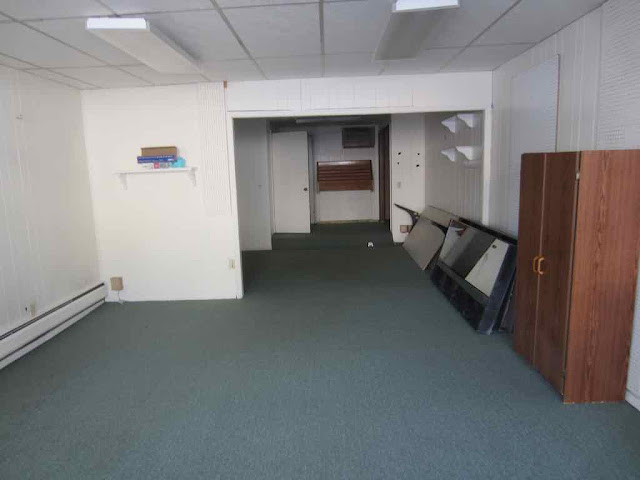 I look forward to seeing how completely different the space will look on July 1.