City Council And SJC Ribbon Cutting; Two Posts In One

At the beginning of every Rensselaer City Council meeting, the Mayor asks if there are any citizen's comments. Usually no one speaks, but in the first Rensselaer City Council meeting of 2017 there was one that I thought was very interesting. James Shanley had the plans for a 52 lot subdivision on the east side Mattheson Street south of the railroad tracks approved in 2004. Drainage was an issue and at first the plan was to drain to the south, and then that was changed to the North, and then the CSX railroad told Rensselaer that it would cost $60,000 to tunnel under the tracks, and eventually dirt from the hospital expansion was placed on the lot and that triggered a response from the Indiana Department of Natural Resources and the Army Corp of Engineers, which told him that he had to start all over on the permitting process. I had thought that the reason that the lots were not developed was because the housing crisis hit in 2007-8, and that may have played some role, but from Mr. Shanley's telling, regulations played a key role.

Anyway, he now has someone interested in purchasing some land for a house--he had previously sold three acres to Mr Sayler for the apartments that are being built--and he would like to get all the permits and permissions so the house can be built. He agreed to the Mayor's suggestion that he meet with a couple councilmen, the building commissioner, and the City;s project coordinator to see what could be done.

The main item on the agenda was a public hearing for the proposed electric rate increase. As usual, no citizens had any comments. After a few comments by the City's financial advisor, the Council passed the second and third readings of the ordinance. The effect will be to nullify the electric rate tracker that was passed a meeting or two ago. The new rates will take effect in 30 days.

The gas tracker for January will be an 11 cent increase per hundred cubic feet.

In Superintendents' comments, the Police Chief announced that the Board of Public Works approved a Chaplain Program. Details will be announced in the future. There was some discussion of properties that have been or will be purchased by the Blacker Trust. There were questions about exactly what restrictions were on the land recently given the City on College Avenue next to Staddon Field.

The Utility Office is running parallel software as it transitions to new software. It has almost completed the transition. The Board of Public Works approved the tenth payment for the high rate treatment plant, which is now 75% completed. Finally, there will be a public hearing at the next Council Meeting for an OCRA grant for funds to connect the new city well to the water treatment plant. The City went through the whole process in 2016 but ultimately was not able to submit the grant.

On Tuesday SJC and Sodexo held a ribbon cutting for the new Shoppes at SJC. It is part of the almost complete repurposing of the ballroom floor in Halleck Center. 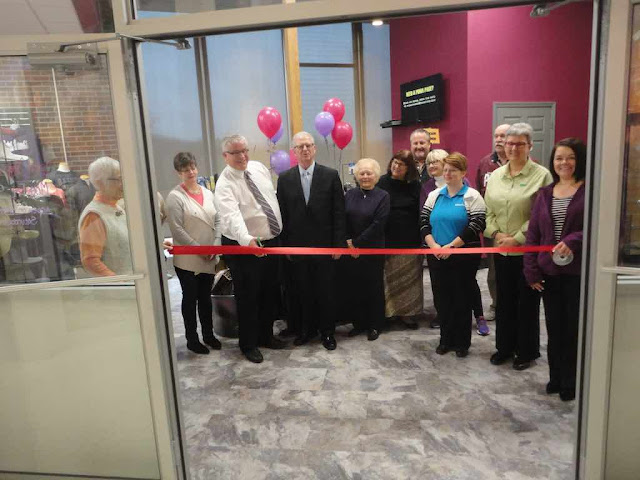 The new Shoppes replaces the old Bookstore. Students no longer purchase books from the College Store--they are now purchased on the Internet. I am not sure how the system works--it is all new since I retired in 2010. The new Shoppes runs along the whole south side of the building, converting what were offices and lounges into three stores, one that has SJC branded clothing and other stuff. 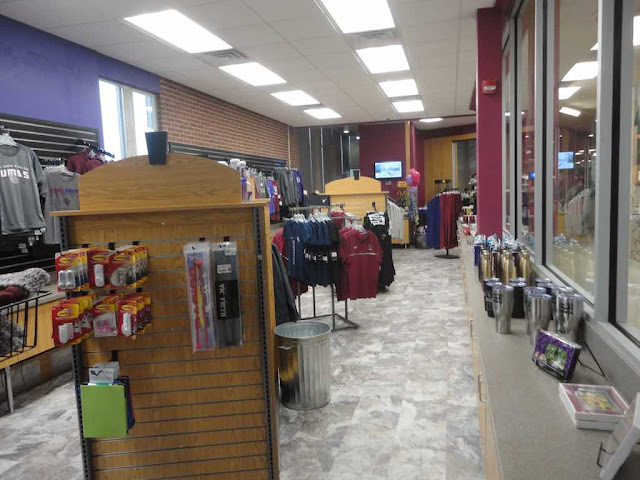 A second is a convenience store for food, and the third is Jazzmans, which is a coffee shop and has been in operation since 2012. 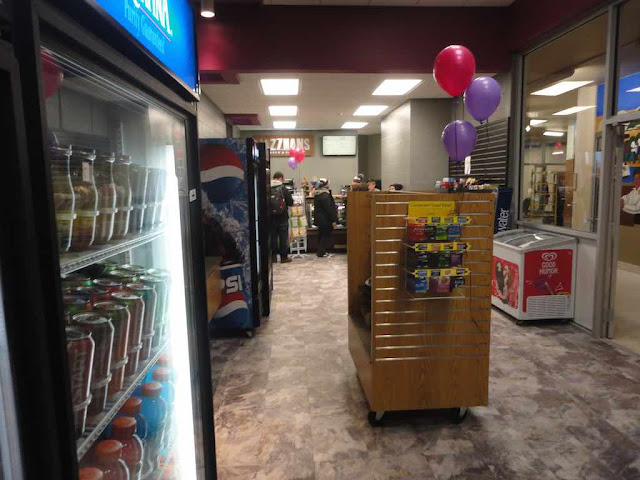 When I mentioned that the Shoppes was open in October, I said that I was told that the registrar would be moving in where the old bookstore was. A comment said that it would be the admissions office and the welcome center. We were both right. The space that the Bookstore was in now has three offices, the Admissions Office with their Welcome Center, the Registrars Office, and the Financial Aid Office. I asked what would happen to the spaces these offices vacated and got very little information. The Admissions Office had been on the top floor of Xavier-McHale Hall and the Welcome Center on the south end of Schweiterman. The Registrar's Office had been on the second floor of Xavier-McHale. 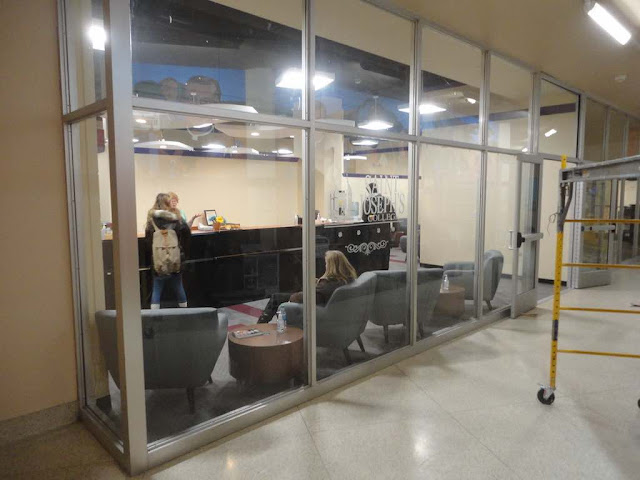 The space has been completely remodeled, with lots of little offices carved out of the space. 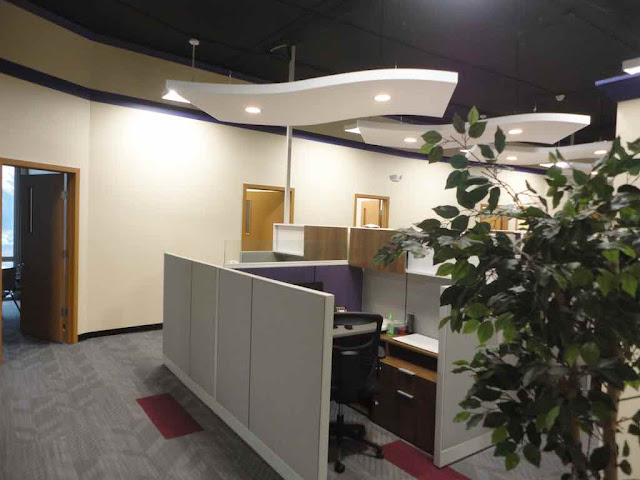 On the north side of the floor, what had been the Chaplain Office is now full of computers and I was told will be used by Admissions as a call center. The open lounge area has been reduced in size, as a conference room has been carved out of it. Beyond the new conference room is the former home of Financial Aid, and that space will now go to Student Development. 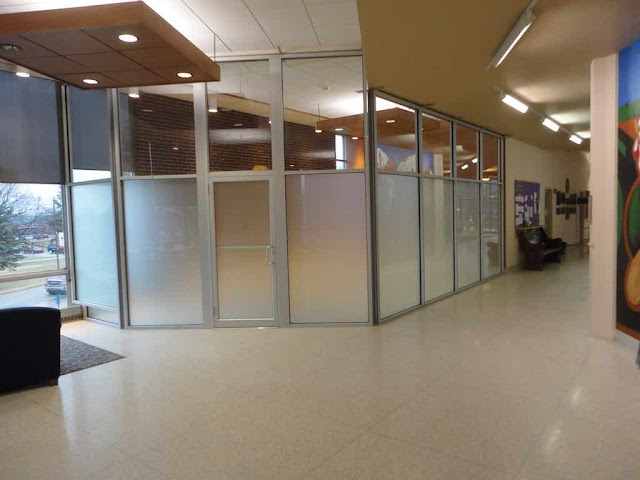 An alumnus of SJC and one of my former students has a recent video on Youtube on the importance of comedy. Click here to watch it. (It starts with an annoying ad that you can click through.)

Embers has constructed a large oven in what was Jack's Uptown Service. They have posted pictures on the Facebook page of The Station Brewhouse at Embers.